As a result of the current COVID-19 crisis, we have made some changes to our appointment scheduling and the way we run and sanitize our office.

We take our patients health and safety seriously and will continue to do everything to help you feel safe during your appointment.

In keeping with current State and Federal guidelines on social distancing, our waiting room has fewer chairs and we have limited occupants in the waiting room to 2.

Patients temperatures are being screened by our staff upon arrival. We advise patients to check their own temperatures each morning to monitor for any changes. Any patient at or above 100.4º F are advised to remain home and self quarantine for 14 days. They should also contact their primary care provider for further recommendations.

We ask that patients refrain from bringing family members to appointments to ensure we are able to comply with social distancing recommendations.

We have always followed clean sanitizing policies by cleaning tables with sanitizing wipes after each patient has occupied the room. Your health is important to us, so our office is sanitizing other surfaces and items that patients come in contact with on a regular basis throughout the work day.

You are now able to complete patient intake paperwork electronically through our electronic health records. This will minimize your wait time in the office. 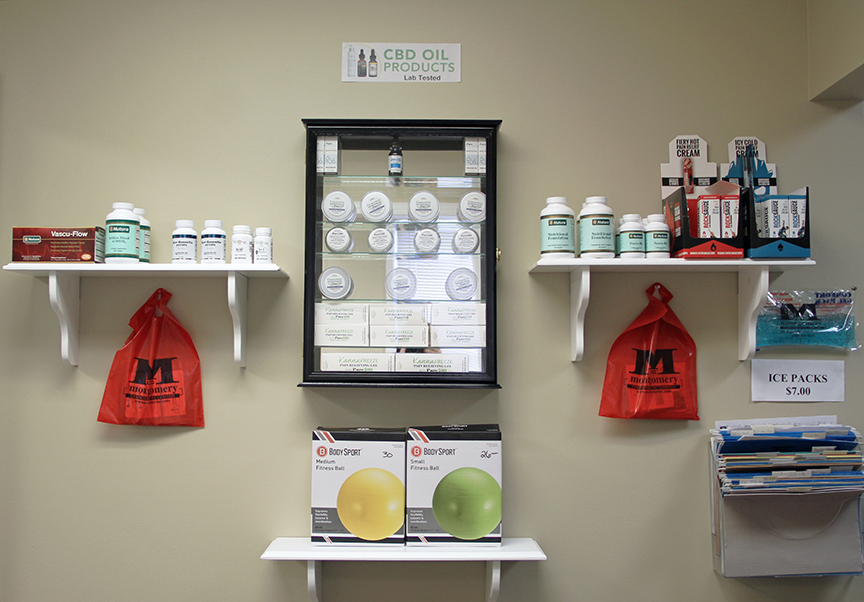 The Difference Between Cannabis & Hemp

There is a ton of misleading information in regards to the difference between hemp and marijuana. Hemp and marijuana are actually both cannabis. The difference being the amount of THC present. If the plant (cannabis sativa or cannabis indica) contains 0.3% THC or greater, it is defined by the Unites States government as the controlled substance marijuana. however on the flip side if it contains less than 0.3% THC, it is hemp. Most CBD isolates nowadays are derived solely from the hemp plant, specifically the leaves, stem and stalk. This is due to the many states regulations on the sale of CBD.

What exactly is CBD?

CBD is short for Cannabidiol, is has a ton of the same medical benefits as its brother marijuana without any of that high feeling. Although hemp extract contains many phytocannabinoids, research has shown CBD to be the molecule doing the “heavy lifting”. Cannabidiol is the phytocannabinoid in hemp and marijuana that is responsible for most of the health benefits associated with cannabis.

What is the Endocannabinoid System and how does it work?

Let’s look at the word “endocannabinoid.” “Cannabinoid” comes from “cannabis,” and “endo” is short for “endogenous,” which means that it is produced naturally inside of your body. So “endocannabinoid” simply means cannabis-like substances that naturally occur inside us.

We look forward to hearing from you.